Death of the Conditioned Mind

HomeDeath of the Conditioned Mind 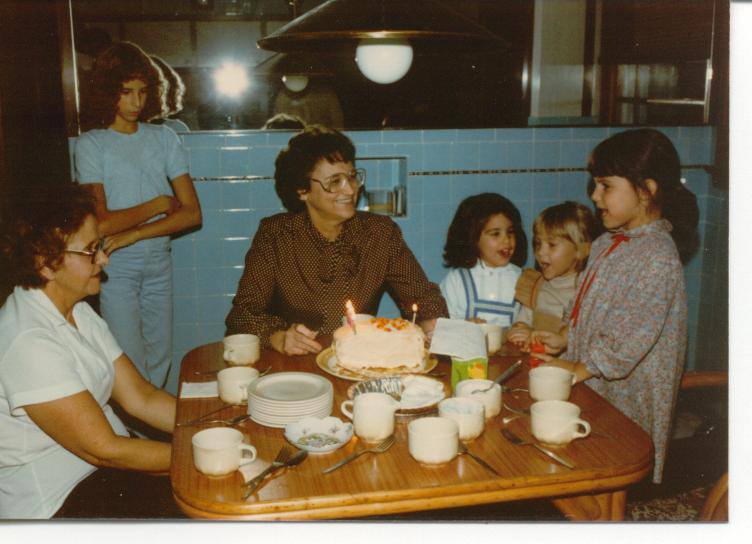 Death of the Conditioned Mind

Never in my life have I seen the radical affects of our conditioned mind more than through the transit of death. Knee deep in making sense to understand. We are not our mind, for it is just an after-thought. A compliment.

I did not get the concrete memo of factual information. Instead I got it via fractal code of consciousness – the before-mind. Slightly embarrassed, questioning my profession and are *they sure I should be doing this job, as a psychic medium? “Gently, use me”, so I can understand through in-body experience. “I am, this”, I feel.

“Why is everyone acting like she’s dead?” I retrace steps, hoping to achieve information I somehow missed, not to exclaim, “she’s dead”! But dying is not a final step in my world. It’s also not in one moment. It happened a little less than 6 weeks ago, the psychic memo I got was not fully tangible. I woke up, the first words out of my mouth, “Grandmommy, is ‘going’!” Abashed at my sureness, I try to seek comfort in validation. “Nope, no one has messaged me. My phone isn’t going off.” (*wipes brow) I soon notice my phone is on airplane mode, much like my mind upon waking, previously covering vast frequencies when sleeping. I clue in, and the first text is from my mother, who I was sure to validate my suspicion but it was her talking about her selling her truck. Confused and relieved, as sometimes it feels good to be *wrong, I take a breath of life. Thirty seconds later, I get a call… from my mother.

My grandmother (my mom’s mom) calls my mother and says, “are you sitting down?” “I’m going to die today.” She’s a straight forward gal, my grandmother, this is exactly why I love her so much. She’s also a dynamic Scorpio.

She felt this. We all did, even when it wasn’t obvious. For example, my mother was telling me prior in that text that she was needing a sabbatical and whenever she says that, it’s like her track record for big changes that needs her attention is coming up. So she feels that pull and the mind justifies it by saying, “you need a sabbatical”, yet it’s not contingent on anything, more like a premonition before the mind gets the factual information. Even look at the word, ‘premonition’, to pre-mention! She has no reasoning on why she needed a sabbatical unless to go back in time and let it fall on reason there. Again, another conditioning of the mind.

Intuitively I get that my grandmother will die on a Tuesday. “It’s a labor, like a birth”, I say. And my grandmother might be shocked that it’s a process. After all, her recollection of birthing three children was if you can handle a headache and cramps it’s no more than that. (Insert chuckling as I went through two labors, active laboring for 30 hours and 24 hours with a c-section. It was more than a cramping feeling, in my experience.) A bit less than 6 weeks, she passed on a Tuesday morning with some of her children by her side.

I get a text, with a ‘gift box in a bow’ picture and then a statement underneath that “Grandmommy joined the party”, which in my world, that’s how I convey your ancestors when they show up. Many times, it is a party!!!! But here’s the big code-talk problem: nobody told me she was dead.

Why is that a problem?

Aren’t I psychic enough to figure that out?

No. Yes. Not really how it works. There’s no off switch, more like a dimmer….to brighten! The past week, I was having the oddest and intense body challenges, and I knew these were tied to my grandmother leaving her body. Though, I was saddened because I felt that I wasn’t *strong enough to have energetic boundaries, thinking, “I know better to let this show up in my energetic field – fragmented energy dismantling itself.” “Why am I feeling throw-up in my throat?” (My mother fed her a high fat meal of bone broth and chicken to help with the dehydration but her body could no longer process fats so we found out.) Among the other host of issues, I relinquished my fears and joined her in this space of unravelment in expansion. I might learn something. I learned there’s no ‘game over’, there’s no dying, there’s no final moment. Just like when a baby is born, they still existed in utero, they still existed PRIOR to conception. Doesn’t matter the elemental body in where it’s at in process. My grandmother has been in-between and that was my felt-perception, so the actual body let-go wasn’t a surprise but a continuation.

A childhood friend messaged me condolences, privately on Facebook. And I thought, “wait, is my grandmother dead?” “Why the hell didn’t my family tell me?” So many times that day my relatives were acting as if she were dead. But in my world, I dare not ask, for wouldn’t they have told me directly? Always feeling trepidation that I’ll say the *wrong thing, blurting out psychic phenomena before they’re ready. So, repeatedly I bite my lip that day, over and over just sitting with my grandmother’s transitional energy. I even shared a dream with  my sister that I had of my grandmother that Tue., morning (note this dream happened at her time of death, little did I know) about how I was being handed the matriarchal baton. I don’t know why my mother wasn’t next in line, but from what I understood this was in witchy time, jumping every other generation, respectively. I understood clearly the significance through detail, shadowed by my own shyness. My North node in Scorpio was revealing itself.

Text is weird. If you’re missing a comma, everything gets mistranslated. Multiple messages, everyone planning on their next step, as if she were dead. Communing, mourning, travel plans. Why is everyone acting like she’s dead?!?

I’m over here taking pictures at a pizza joint, all happy that I can cross the street from my office to get out and about, while in the midst of putting finishing craftsmanship touches, hanging drapery through my design of our shared mediumship office space. As I snapped a selfie in a pizza parlor that just opened up allowing in house eating, since we’re in isolation here in Haines, Alaska most vaccinated, there was a tickle of freedom ever present, so I saved it through a picture. And in that next moment is when I asked following that private message on Facebook questioning if my grandmother is indeed no longer in-body. I asked my sister, “wait is grandmom, dead?” “Call me”, she yells through text. “NOW!” Wait, is that grandmommy died right now or call you right now?

My sister at this point is ready to have me committed to a psych ward, after all she is a social worker and her realm of factual information is always justified, whereas mine is rarely in the physical. Both are valid. After being concerned for my mental health while being appalled at my behavior, she tried to put the pieces together, of how she thought I sounded like I knew.

So, here it is. This is the conditioning of the mind. It values cause and effect predominantly. But when measured, it’s inflamed chaos. Just because we’re different, doesn’t make one better. You are perfect how you experience your reality. What I discovered is that our conditioned mind might be speaking louder than desired, though. Just like how I never asked out loud, “is she dead?” I couldn’t bring that psychic privilege to the table as I knew (for me) the answer was not either/or. Our conditioning is to weigh the facts, to understand. But if you want to try another way, might you tap into the ‘I don’t know mind’ and use your felt-perception to not gather answers, but muse about?

I still haven’t gotten the answer to if she’s dead. Probably because how can someone be dead when they are everywhere?

Grandmommy, this is for you. You’re funny. Thank you for using me as your source this go around. That was good stuff. I can hear your laughter. So glad, it doesn’t matter – the body. I love you.

*They: ‘They’ is one, but comes in ‘all’. Rarely do I feel that only one being is speaking, messaging, transferring understanding. I always refer to spirit(s) as ‘they’ because it’s this wholeness i feel, Infinite Intelligence. Like a stream of consciousness yet all comes in as one. 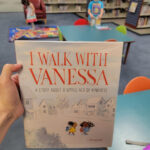 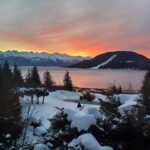 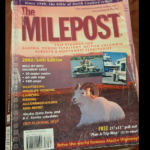